Denver historic architecture is celebrated in the revitalization of Denver Union Station, a transportation hub.

This week we come to the end of our series on the repurposing of Denver attractions. See last week’s article.

Being a Denver architect I can think of no better way to end this series than with a discussion of one of the pieces of Denver Historic Architecture which was critical to the growth of Denver throughout the city’s history, Union Station. For decades it stood as the gateway to the west. 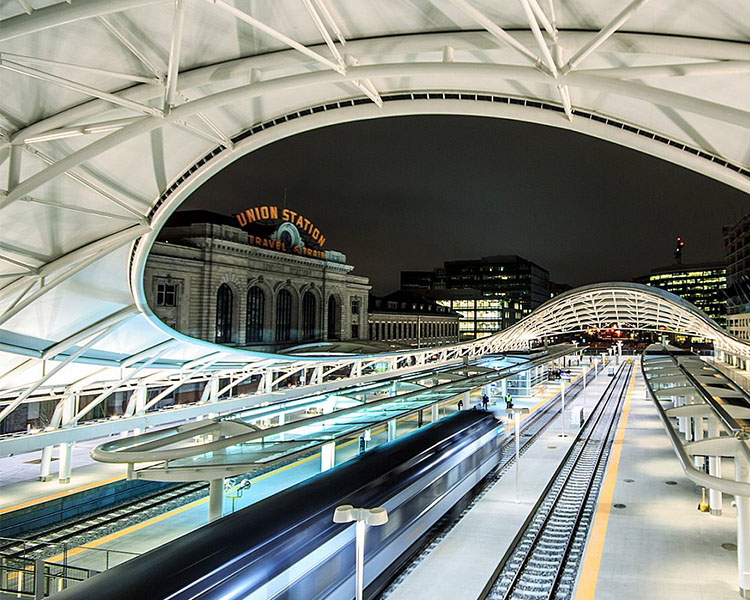 Unfortunately, as rail travel took a backseat to other modes of transportation the station became less and less of an influence on Denver culture, and more a part of its history. Well, thanks to the Denver Union Station Redevelopment Project, and the reemergence of rail travel (light rail), the “Gateway To The West” is reopening.

A giant, multimodal transportation hub, Denver Union Station is thrilling officials and developers who see the rehab of the 122-year-old Denver historic architect as a draw for hotel guests and weary commuters shuttling by bus, rail or cab.

The Union Station renovation project is seventy percent complete, and a tour back in January hinted at what the revived building and new transit center will look like when it opens in July 2014.

“About a year-and-a-half ago, all we had was a giant hole in the ground,” said Phil Washington, general manager for the Regional Transportation District. “What’s happened lately is just remarkable.”

Planners say the hub will be Denver’s own Grand Central Station — with an eight-track, at-grade commuter rail station. Washington estimated that as many as 100,000 travelers could pass through the station daily once rail service starts in 2016. All rail travel, including commuter rail, and even Amtrak will come together at Union Station.

The station will provide access to every FasTracks rapid-transit corridor, including passenger rail, light rail and regional buses, as well as taxis and shuttles. And, just as important, it will draw new retail, office and residential development to the neighborhood, officials said. There is about two million square feet of mixed-use development being built.

The facility, which sits on about 20 acres, will include a 1,100-foot-long underground bus depot with 22 bus bays, more than double the capacity of the current Market Street Station.

The future 17th Street pavilion and plaza areas will provide street-level connections between the light rail station and 16th Street Mall shuttle platforms at one end of the terminal and the commuter rail platforms at the other.

In addition, the Union Station building — originally built in 1881 — is being revamped with an eye toward maintaining its 19th century charm, planners said. The historic character of the building will remain, housing retail spaces, restaurants, businesses, and even a luxury hotel. With an eye towards preservation, the existing big windows have been maintained, and more will be added, allowing natural light to illuminate the hotel’s 112-guest rooms.

Denver historic architecture is very rich, whether we consider the effects of the 16th Street Mall, the redevelopment of Gates Rubber Plant or Union Station. It seems Denver’s history is just beginning. 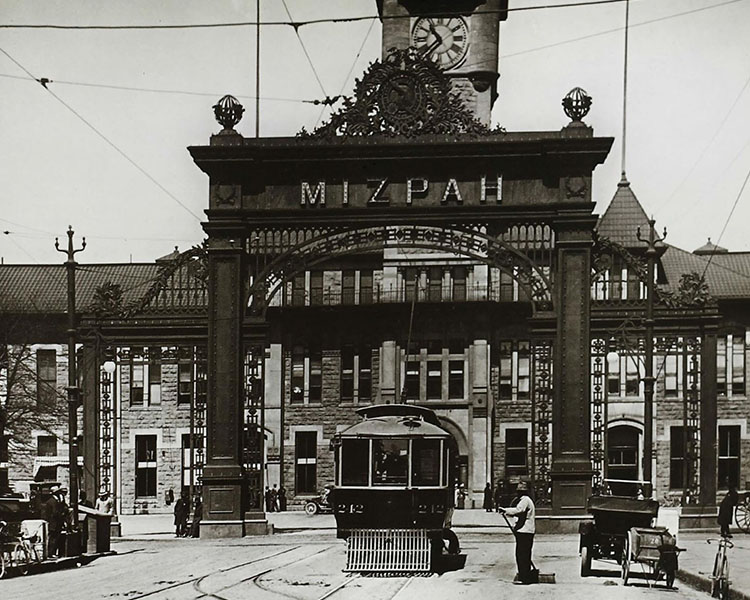