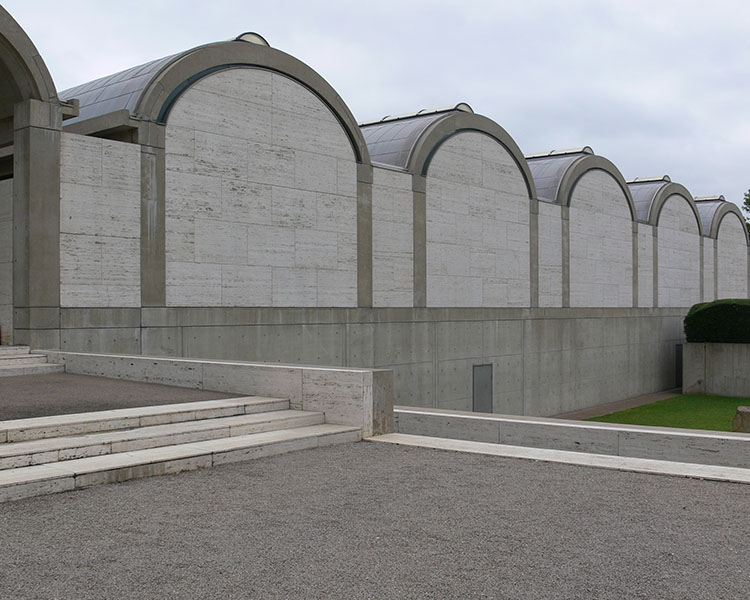 However, since its opening, the 120,000-square-foot structure was too small to simultaneously display any significant portion of its permanent collection and host the special exhibitions that museum architecture uses to draw crowds.

In 1990, an expansion was considered. It proposed to replicate Kahn’s modular bays thereby altering the original building’s proportions and scale. Kahn’s daughter Sue Ann Kahn publicly condemned the design as did famous architects, including Frank Gehry, who signed a petition against it. Humiliated, the museum retracted the misguided scheme.

Several years ago, Sue Ann Kahn was approached about the creation of a separate building, across the way from her father’s celebrated masterpiece? The response was favorable. Only one firm was ever considered: the Renzo Piano Building Workshop (RPBW). Piano’s addition was designed with the intent of starting what he calls “a conversation” between old and new.

The addition’s entrance axis extends from the lobby to a glazed passageway through an outdoor courtyard, terminating in a buried auditorium wing. A 19,200-square-foot grass roof covers this underground extension, which also includes classrooms and another gallery. Behind the auditorium’s stage, in an imitation of the Kahn building, a monumental glass wall faces a concrete retaining wall, where a linear trough-like lightwell edges the addition on the west. This conversation is not one between equals. Here Kahn sets the terms, and Piano offers polite comments. 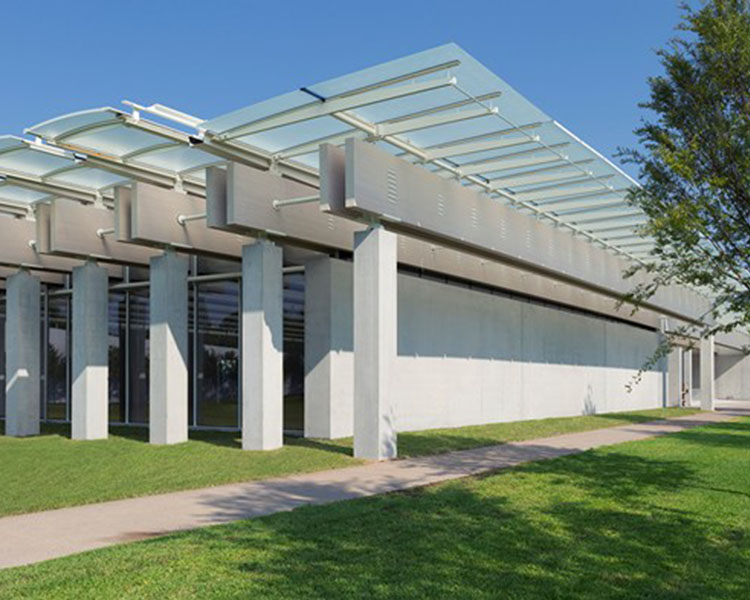 Birch plywood forms were used for a 30-foot concrete pour without tie-holes that creates super-smooth walls resembling spun silk. The 29 pairs of 100-foot-long-by-52-inch-deep laminated Douglas fir beams are, regrettably, almost invisible inside the two top-lit galleries owing to the scrim stretched between the beams. But their exposed surfaces help infuse the interior with a soft yellow light. 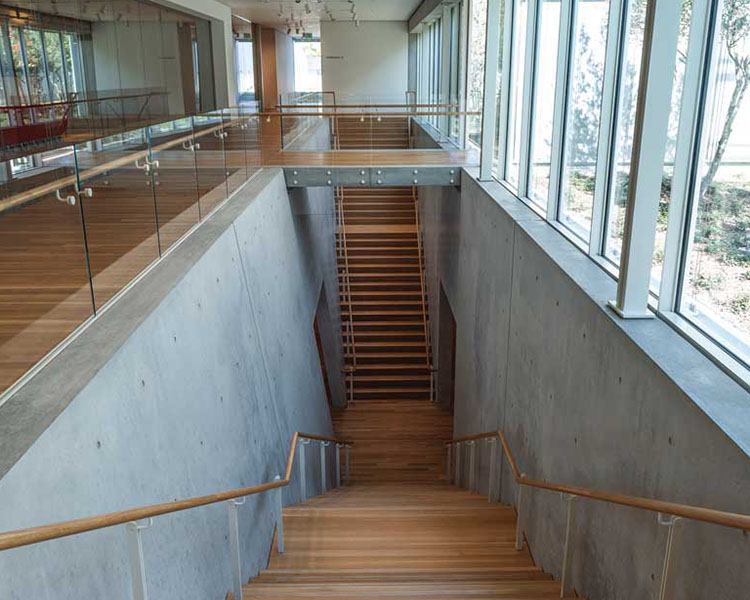 The docile acquiescence of the RPBW building highlights why Kahn’s architecture is so compelling. Its lacks the spatial nuance Kahn achieved with his more complex composition. The low-slung vaults pull the roofline closer to the user and help split the building into smaller cells related to the scale of the human body. Kahn’s long, dramatic swaths of daylight, cast from slots running down the center of vault-like cantilevered beams, change all day long. Piano’s glazed ceilings add none of the temporal complexity to the experience of being indoors that Kahn’s vaults and skylights do.

Although the buildings seem similar, a sense of nature suffuses only Kahn’s. Kahn’s more dynamic spaces is absent in the addition’s institutional Miesian interiors. The Kahn portion brings about a deeply personal connection between user and building.

Kahn often said that a building is a struggle, not a miracle. It’s too bad that Piano didn’t engage in a more intense conversation with Kahn. RPBW solved the Kimbell Art Museum’s space crunch without ruining, or even particularly changing, the original building. This alone is one example of museum architecture worth applauding.